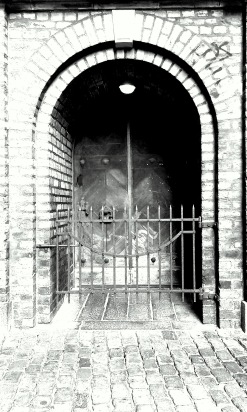 The Disciples of the Lich King are gathering – and you are not invited!

The adventurers are drawn into a haunted dungeon home of necromancers and their allies. This is the premise for this OSR-style D&D 5th edition adventure. It has been uploaded to DMs Guild – you can find it here: One Night amongst the Necromancers – and it is a tricky adventure with many moving parts. It is not an adventure, where the PCs are supposed to kill their way from room to room. Rather there are a lot of NPCs to interact with, and many have their own plans.

Originally this adventure was from the Viking-Con (a Danish RPG con) story line “Return to …”, where a series of older Hinterlandet adventures were visited again a few years later giving experienced players the joy of seeing a dungeon, they had visited years before. The original adventure was from The Lich King Returns story line. A fun part of this adventure was seeing the players interact with the remnants of the Lich King’s cult after the Lich King had been defeated. There are several approaches to the adventure, and it invites the players to infiltrate the dungeon, though without dictating how they should go about it.

The adventure has now been adapted to D&D 5th edition and made setting agnostic. It plays out in an ancient Roman-style empire, but can easily be placed in your local fantasy-campaign. As part of the original OSR-inspired style the encounters are formed without respect to balance, but instead allows the PCs to sneak around and taking the different encounters in various orders, and the DM is invited to play along with plenty of suggestions as to situations, that may occur. The Hinterlands strives to follow design-principles like these, instead of doing balanced set pieces.

The adventure contains a bunch of new monsters and NPCs and strange magical items to challenge the players. Magical items in Hinterlandet are generally unique (not counting minor items such as potions), and following this tradition, new weapons and items can be won. A personal favorite for me is The Whispering Skull, which is a skull that whispers spells for wizards to memorize.